A search in the Old Bailey court records (www.oldbaileyonline.org) shows that one Daniel Farage, a 15 year old apprentice, was found guilty of stealing two pairs of boots and 14 pairs of shoes at a trial on 11 September 1822. He was sentenced to a whipping for his crime. Daniel Farage was baptised on 23 August 1807 at Mitcham in Surrey. He was the son of Edward and Maria Farage, and appears to be the great-great-great uncle of a certain Nigel P. Farage. 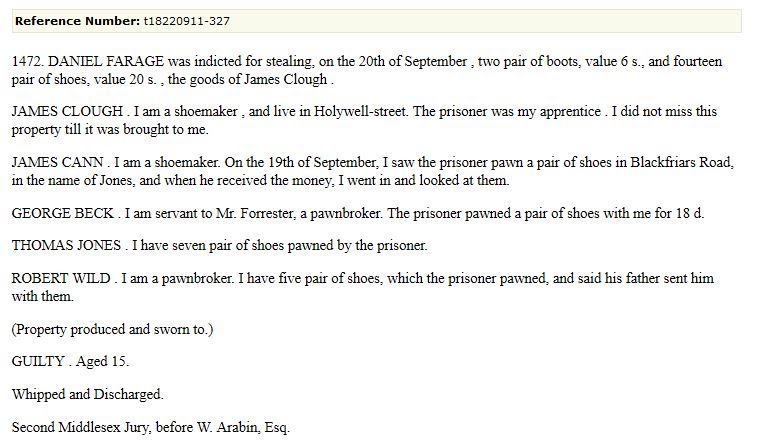